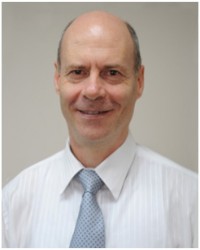 Title : What are the Limits of the Community Health Worker in a Modern Health System?

Professor Daniel D Reidpath is working with icddr,b from September 2019 as the Senior Director of Health Systems and Population Studies Division (HSPSD). Professor Reidpath (Daniel) has been a public health academic since 1997, although his disciplinary background was originally in computer science and psychology. He completed his PhD from The University of Western Australia.

Before joining to icddrb, he was Professor of Population Health and Head of Public Health at the Jeffrey Cheah School of Medicine and Health Sciences, Monash University Malaysia, where he was also the Director of the South East Asia Community Observatory (SEACO) an HDSS located in a rural district half-way between Kuala Lumpur and Singapore.